While we spend the long holiday weekend away at a family wedding, Pyrrha and Eden were lucky enough to attend “summer camp” with my parents, who graciously agreed to watch them (while also sitting my younger sister’s latest acquisition, a rabbit). They’re amazing. 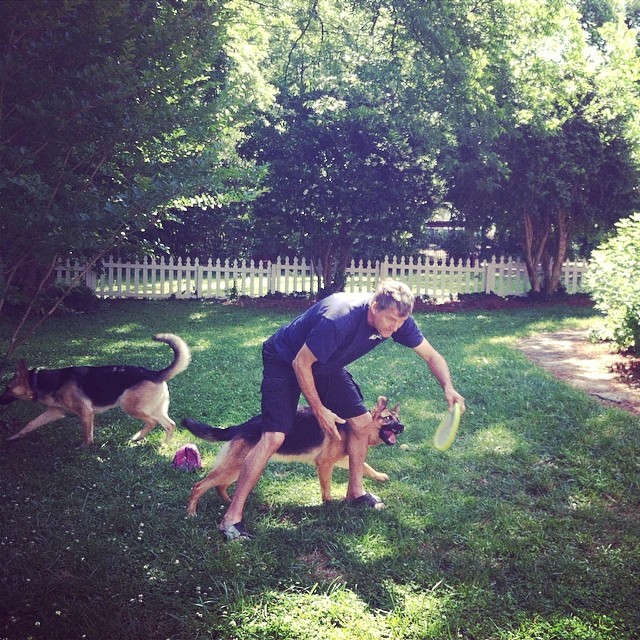 Dad and Eden particularly developed a special bond. He woke up early every day to rollerblade with her, play Frisbee, or go for a run. When we arrived to pick them up, she was desperate to be at his side every moment. But he was finally able to wear her out enough at the end of every day to coerce her to cuddle with him: 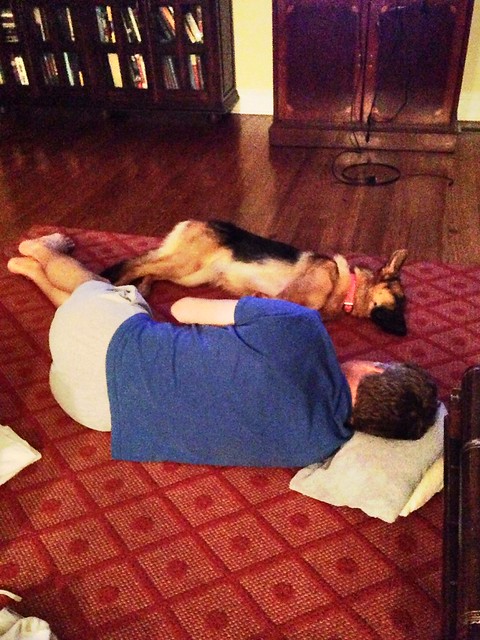 He also took both dogs to a baseball game, and said Pyrrha did well; she only had one outburst, over a cranky dog who tried to challenge her, and otherwise was fine with lots of people, kids, and dogs milling around. I was very proud. He also said he enjoyed walking the dogs with Dublin around the neighborhood: 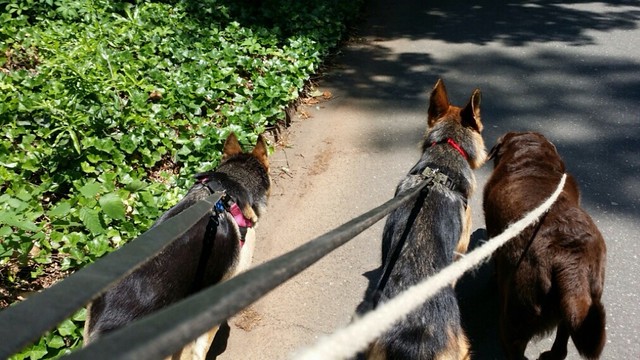 Mom and Pyrrha bonded more to each other, because they prefer the quiet life (and because, I think, my mom strongly resembles me in disposition and body language).

I don’t know who was sadder to be separated from each other, Dad or Eden! The day after we left, I got a text from him that simply said, “I had no idea I could have so much fun with a dog.” 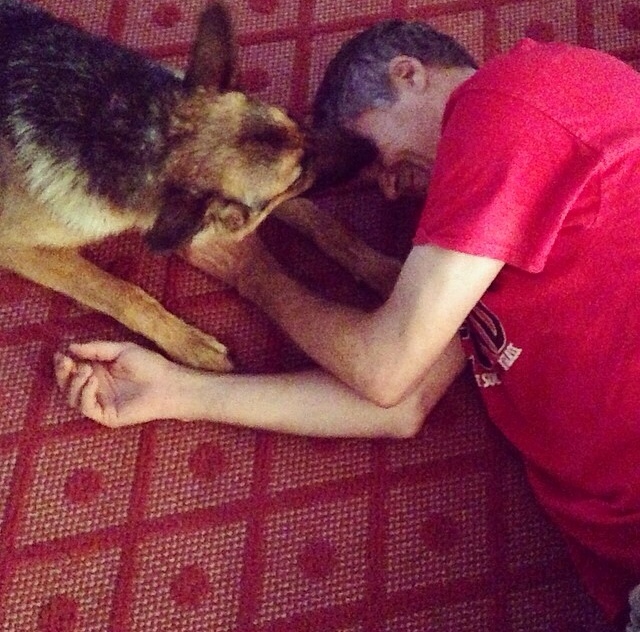 High praise coming from my father, from whom I received my dog-crazy gene! We’re looking forward to reuniting them soon.

Meanwhile, I’m just SO thankful for such dog-loving parents. It’s rare that I leave the dogs behind without being consumed by worry, but I never have any anxiety when they’re with my folks. If anything, I think the dogs were reluctant to come home with us!

4 thoughts on “The dogs at summer camp”