We took a weekend trip, with both pups in tow, to attend a friend’s wedding. It was a lovely outdoor affair, and the couple are a happy, athletic, dog-loving pair. They have a pair of Brittany spaniels, named Eolus and Maple, who are their heart and joy.

At the rehearsal dinner, each table had a paper silhouette of one of the family dogs on it, which naturally warmed my heart. During his toast at the rehearsal dinner, the bride’s father said he knew that she was in it for life when Matt, her groom, bought her a dog (little Maple). And then, after the ceremony, both dogs were brought in to get family photos with the bride and groom. Here is a poor photo I snapped of Maple, the younger spaniel, giving her mama a kiss: 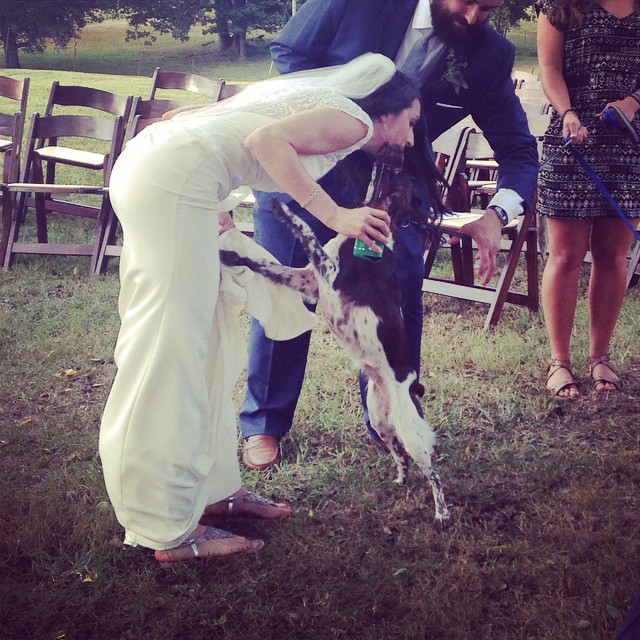 Although the dogs didn’t participate in the ceremony itself, they were certainly important members of the family. And I think this was rather an ideal way to involve pups in a wedding. I don’t know many dogs who would actually enjoy being in a wedding, but I’m sure they wanted to be around for at least part of the fun. Maple and Eolus had a handler assigned to them during the reception, and so they got to hang out for a bit and mingle with guests.

Did you/would you have your dogs in your wedding? We didn’t have dogs when we got married, but I imagine we’d certainly want them around to be included in the photos, as our friends did.

Meanwhile, our dogs had a nice vacation with my parents. They both get tons of exercise when my dad is in charge of them, and so they are always very happy and content. As you can see, they are both very devoted to him: 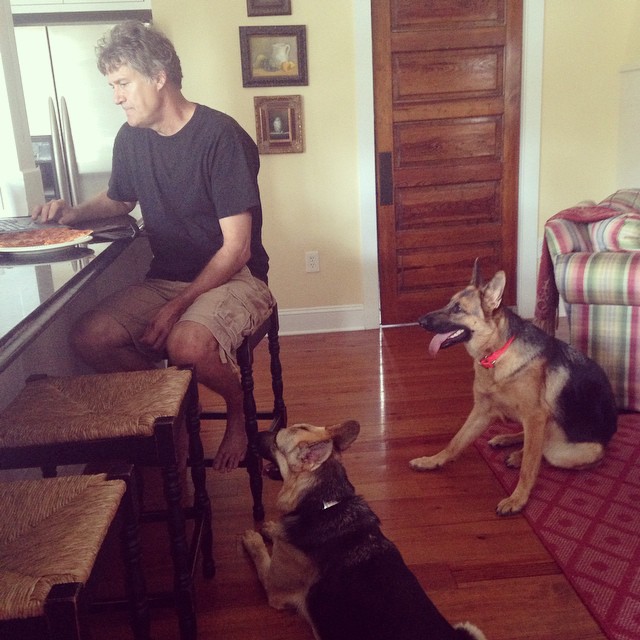 We got some more off-leash practice, including some romping at the shores of a lake, in the afternoons. They both did quite well, although they seemed especially excited to be FREE and were a little less attentive to us than they were on our recent hike. 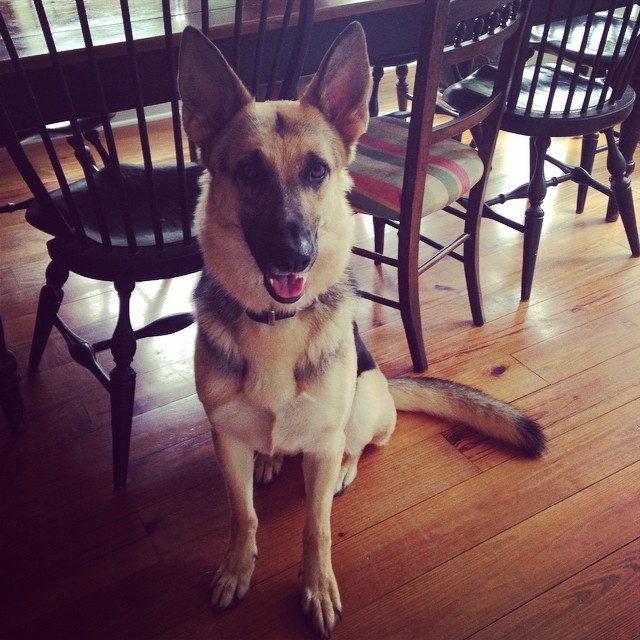 How were your weekends?

4 thoughts on “Dogs in the wedding”