The progress of a fearful dog can often seem imperceptible. For me, one of the primary ways I am able to detect progress with Pyrrha’s myriad fears is by hearing guests say, “Wow, Pyrrha seems so much calmer/more interested in me/less anxious.” Without this external confirmation, I am often incapable of noticing her improvements on my own. 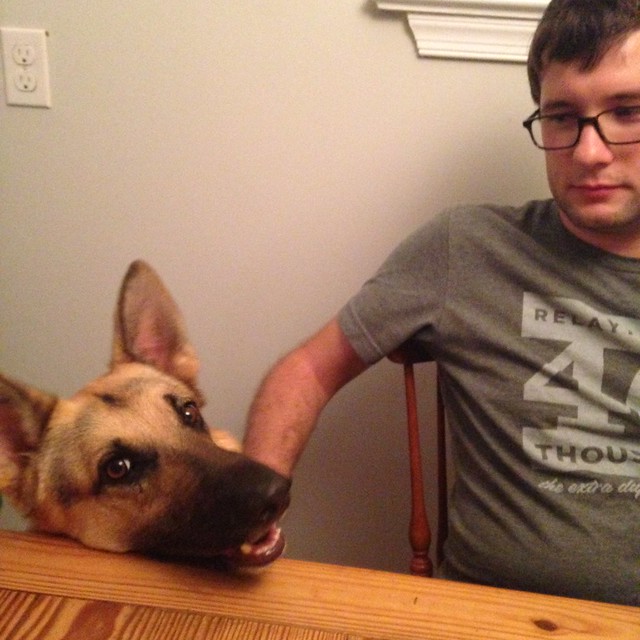 She has never been a fan of Guion. In many ways, she still doesn’t totally trust him. She brings a lot of baggage to the table, but I also think his personality is just one that she’ll never totally warm up to. He is expressive, animated, and loud, many of the traits that Pyrrha abhors in people, especially if they happen to be male. Pyrrha has warmed up to a few men in a noticeable way (my father and my brother-in-law), but their personality types are quieter and they seem to engage with her in a way that she wants. 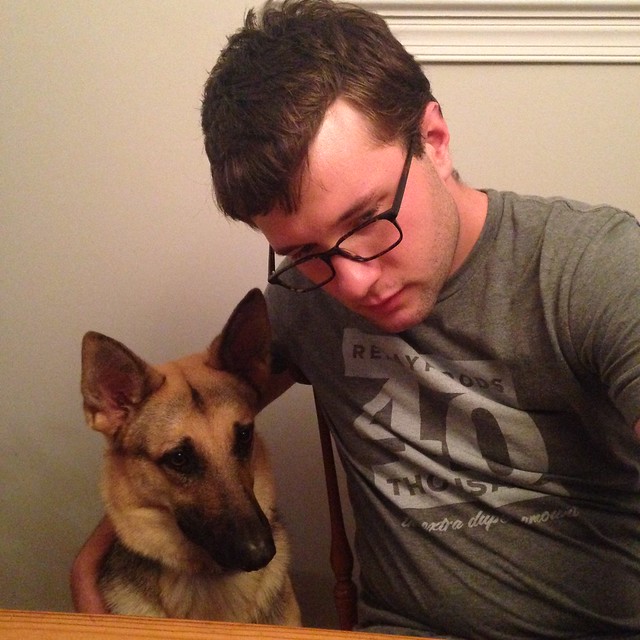 However, since adding Eden to the household, we’ve both noticed a small shift in Pyrrha’s comfort level with Guion. She boldly begs from him whenever he is eating — a behavior that our trainer said to allow, because Pyrrha is expressing bravery by approaching Guion — and lately, she’s even been seeking attention from him. 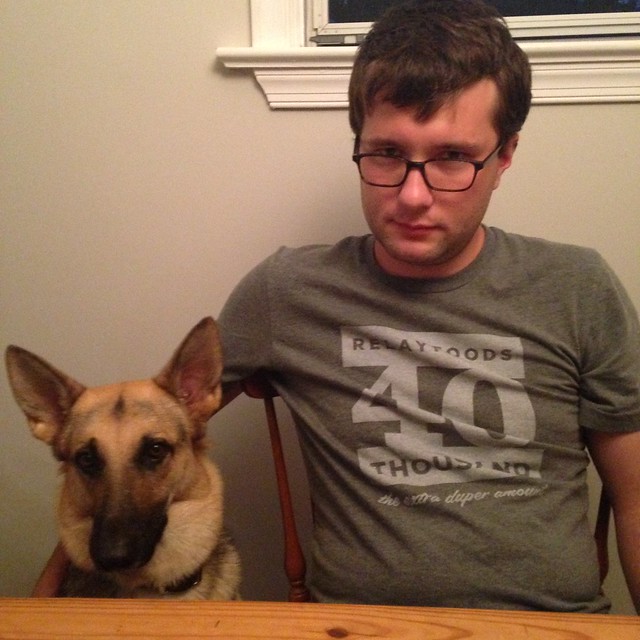 He told me that the other day, when I wasn’t home, she came up to greet him, sniff him over, and lean on him for pets. This sounds like such a small, insignificant thing, but in the Pyrrha/Guion relationship complex, it’s huge! It’s doubly so because I wasn’t home; my presence is usually a prerequisite for any voluntary interaction between them. 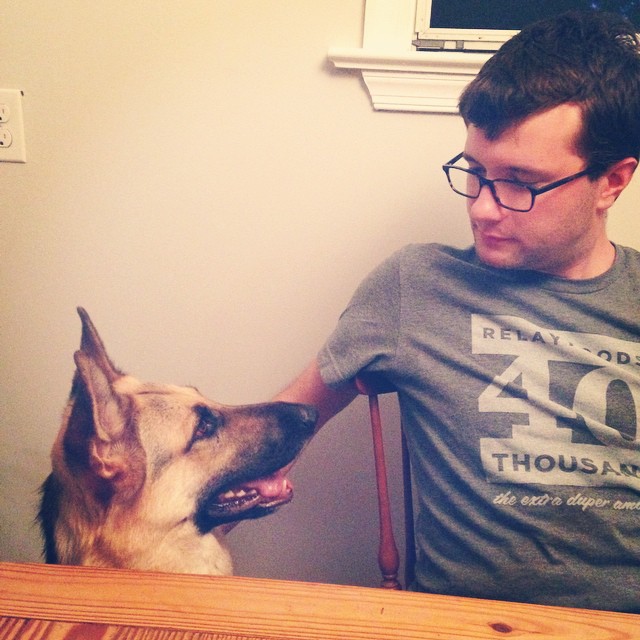 After two years together, they are still working on their relationship, but I am proud of them both. And always happy to observe progress, however slight.

If you have a spouse/partner, do your dogs interact differently with the two of you? In what ways?

10 thoughts on “Working on their relationship”