While enjoying a drink at the New Inn (where pub dogs Gin and Fizzy reside), a man walked by with this handsome pup: 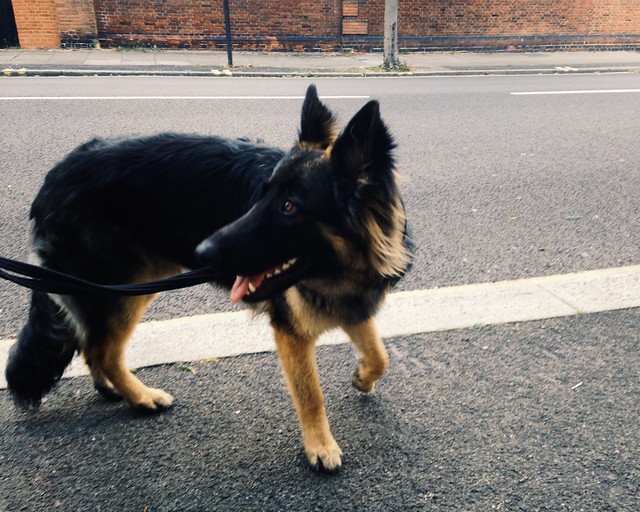 Heart all a flutter! I said, “Your dog is beautiful,” and he smiled, and I responded that we had two German shepherds at home. It’s always a good “in” if you want to pet a shepherd, which is not something that I generally ask, but bereft of P and E for the summer, my dog-craziness has reached unsustainable levels. He kindly replied that we could, and his dog sniffed me gently and let me pet him for a bit. 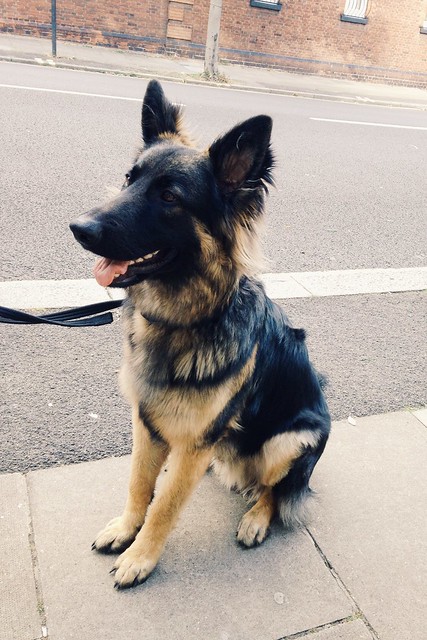 The man told us that the shepherd was 9 months old and from a West German imported line. “I’m pretty fit,” he told us, “but he makes me look like a slob.” German shepherds will do that to you! 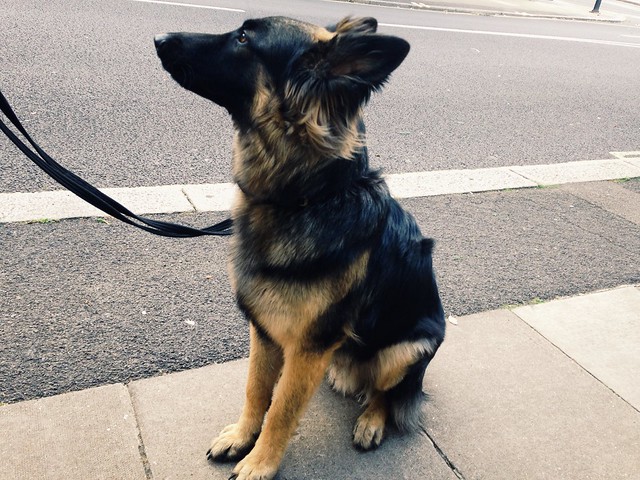 The dog was beautifully calm and very attentive to his person. He was also heeling very nicely, and I was pleased to see that he didn’t have a very exaggerated back end, which always makes me happy. It’s always nice to meet a stable, young breed ambassador. Live long and prosper, British German shepherd pup!

5 thoughts on “A German shepherd in London”