Nights, the house grows larger, open
floor widening toward gray
indistinct walls. Here, then, I find
the cotton rabbit lying still—
one plush foot stretching long on the carpet.
I leap in, bite, fling it wide
and follow, pursuing now,
no muzzle to hold me
from catching it, catching it. 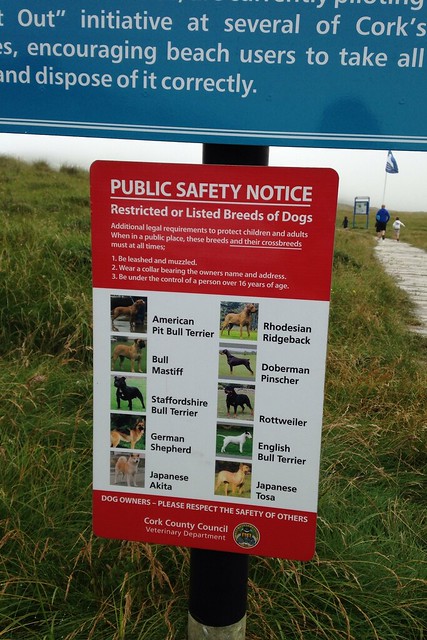 This past weekend, we took a quick jaunt to Ireland’s southwest coast, where we enjoyed the misty beach at Barley Cove. 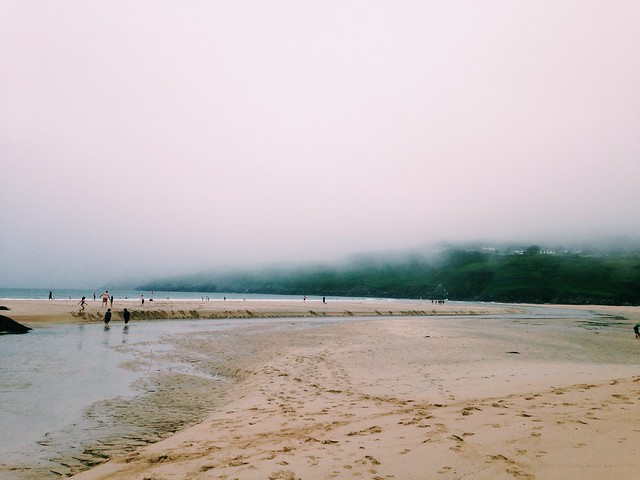 And I, of course, enjoyed watching the legal* dogs enjoy the sand and surf. Irish dogs appear to be rather like British dogs, in that they tend to behave themselves very admirably in public. 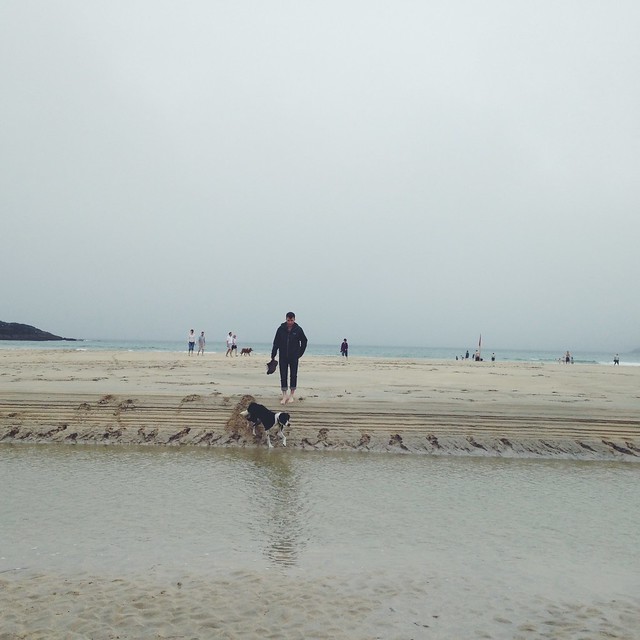 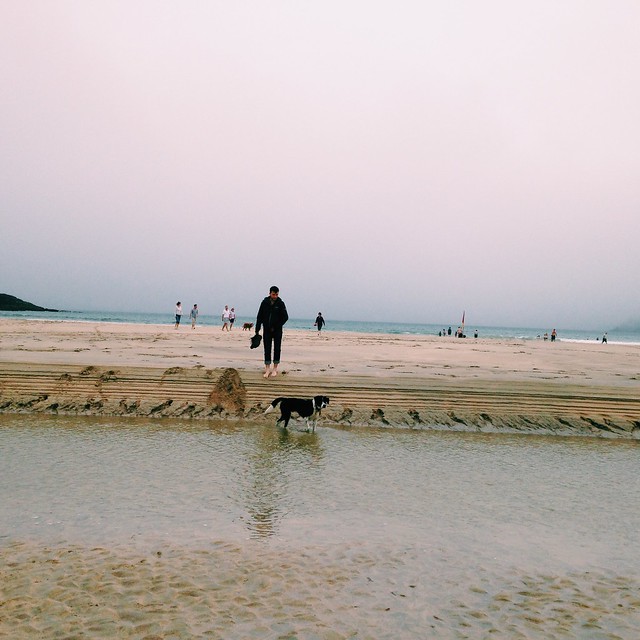 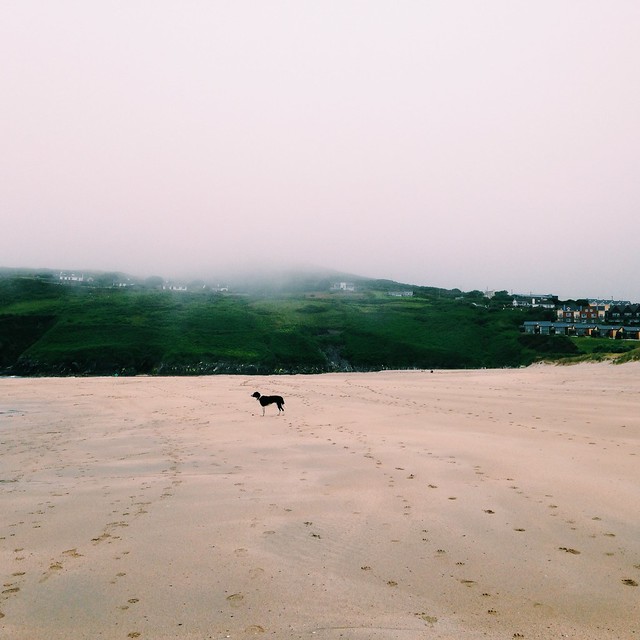 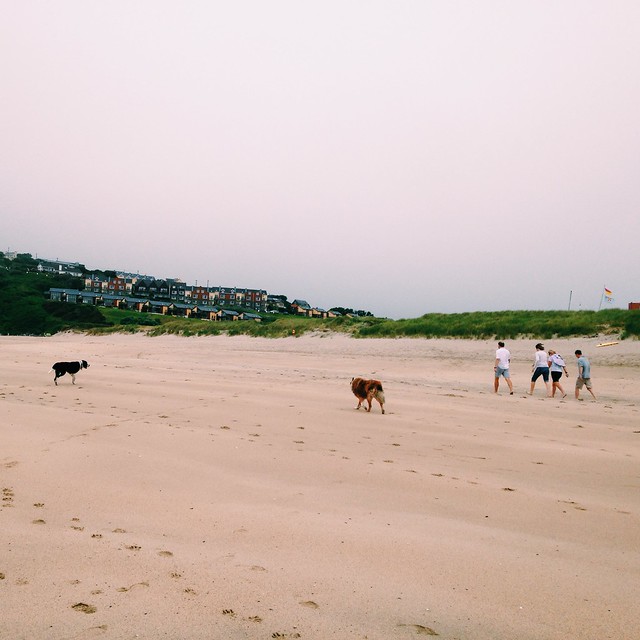 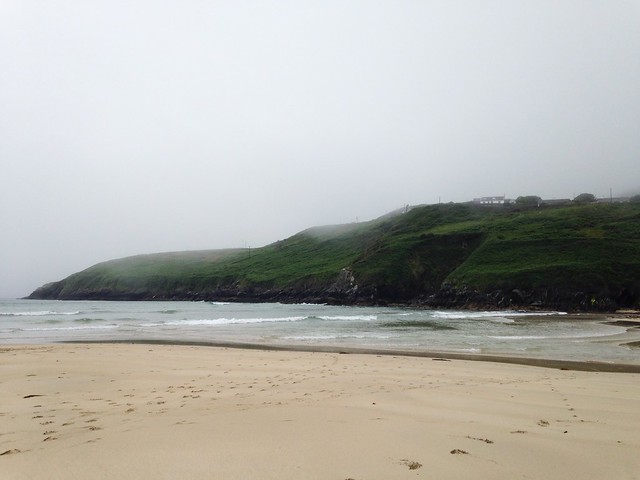 Do your dogs enjoy the beach?

Dog-related links from around the Web this week:

People and Their Pets. I love this sweet and moving photo series by Stepan Obruchkov; I’ve pinned a lot of his images on my Dogs board on Pinterest. (Wolf Eyebrows)

To Pet or NOT to Pet. This is a really helpful and illustrative re-post about reading dogs’ body language; it would be great to show these photos to classrooms, particularly. But, actually, the more I think about it, the more I think your average person could benefit from discerning between these images. I’m constantly amazed at how poor we are at reading dogs’ body language and how many myths still persist about what dogs are trying to tell us. Great post. (Success Just Clicks)

Therapy Dogs Helping Seniors Live Longer. A feature on an assisted living facility in our area that welcomes therapy dogs; apparently it’s one of the only ones in our region that does. (Dog Days/Grouchy Puppy)

Puppy Breath, Take Me Away. Tales and Tails visits a socialization day for a new litter of fuzzy, heartbreakingly cute German shepherd puppies. Just because we can all use more puppy pictures on a daily basis. (Tales and Tails)

Green paws? The malinois is really getting into gardening these days. I just loved these photos; he looks like he is having such a good time. (Exercise Finished)

What shall I do–it whimpers so–
This little Hound within the Heart
All day and night with bark and start–
And yet, it will not go–
Would you untie it, were you me–
Would it stop whining–if to Thee–
I sent it–even now?

My husband and I are headed to the beach for a week to celebrate our one-year anniversary! Will be out of commission and quite happily so until June 6. Have a lovely Memorial Day weekend!