When we visited the British Museum, I was particularly interested in how dogs were depicted in ancient art and sculpture. A few canine-centric pieces from the museum that caught my fancy: 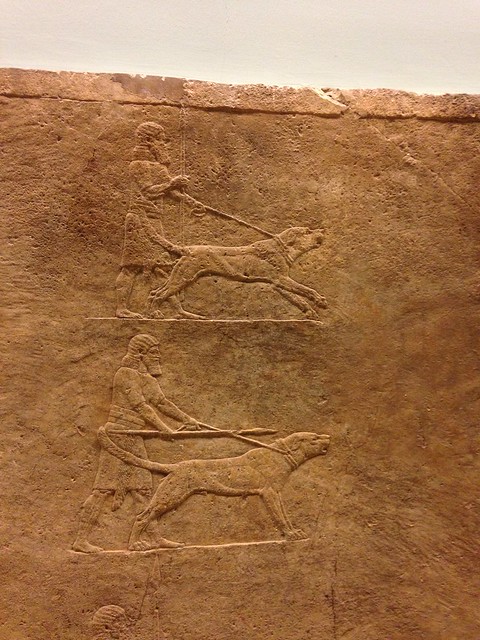 If my memory serves me, these dogs were from a large Assyrian stone mural that showed a royal lion hunt. These big mastiff-type pups were apparently used to track and intimidate lions.

I found this large sculpture to be particularly charming. This is the Molossian Hound, also known as the Jennings Dog: 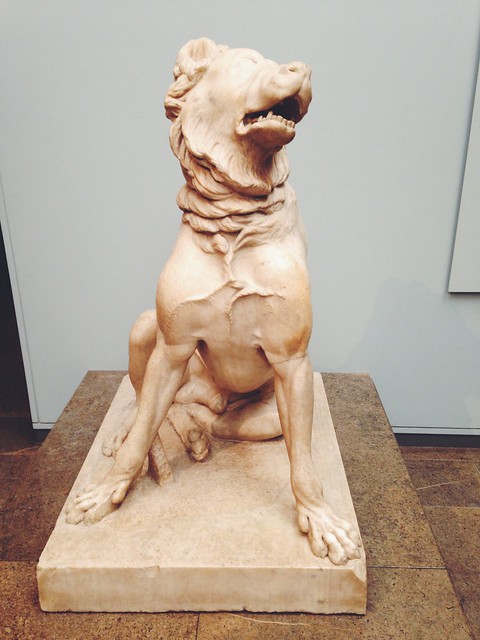 The sculpture is a 2nd-century Roman copy of a Hellenistic original, and a Molossus is a now-extinct* breed that was also very mastiff-like (*although some very misguided people are trying to “recreate” it by making bigger, even more deformed Neapolitan mastiffs). This guy has a docked tail and a very solid build, as you can see, but what a happy face! 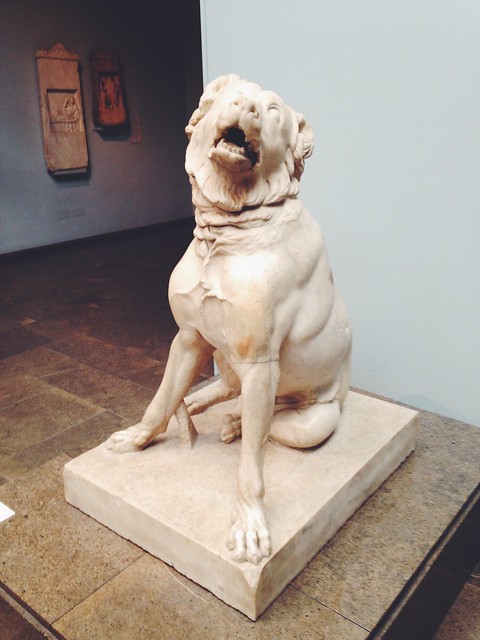 And for good measure, here’s an Egyptian cat: 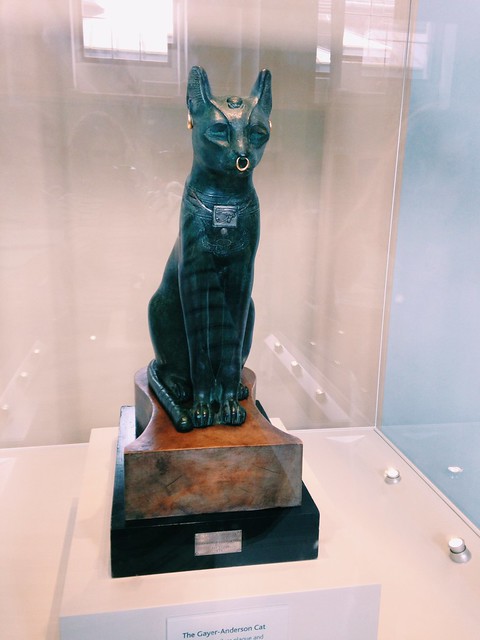 Do you have a favorite depiction of canines in art?