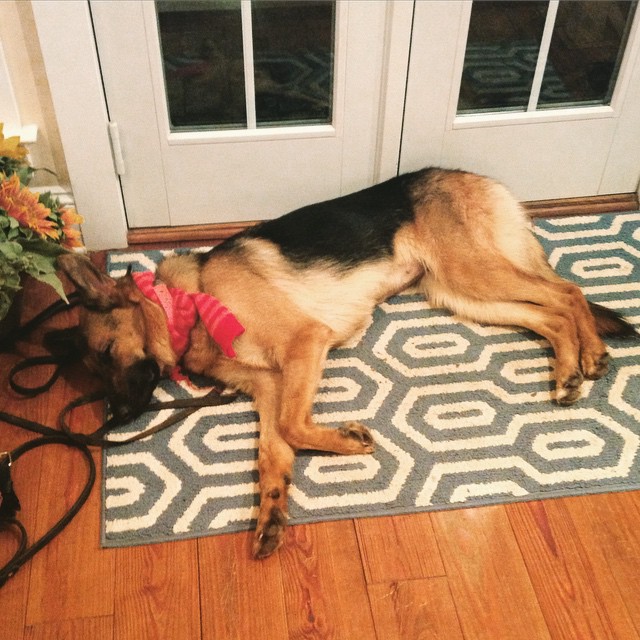 Things we bought for the dogs this month:

Ugh. Obviously, the spay threw this entire month out of order… and then Eden had to go in to the vet to get evaluated for an aural hematoma (which, thankfully, it wasn’t, but the vet said had the potential to be; so we’ve been treating it and we kept the cone on for a longer time frame). Awesome. The month that we have to buy Christmas presents, too… thanks, dogs.

Oh, and happy new year to everyone! Let’s hope that 2015 is kinder on the budget…

Things we bought for the dogs this month: